It's no secret that My Little Pony is a big franchise and naturally something that large in scope would spurt out all sorts of media. Whenever I hear about things that fans have wanted with FiM, I always hear of a full blown video game on actual consoles. I have no idea what fans are talking about because one already exists and nobody talks about it for some reason.

This is My Little Pony Chronicles - The Dark Keyhood, 3/3 Days. 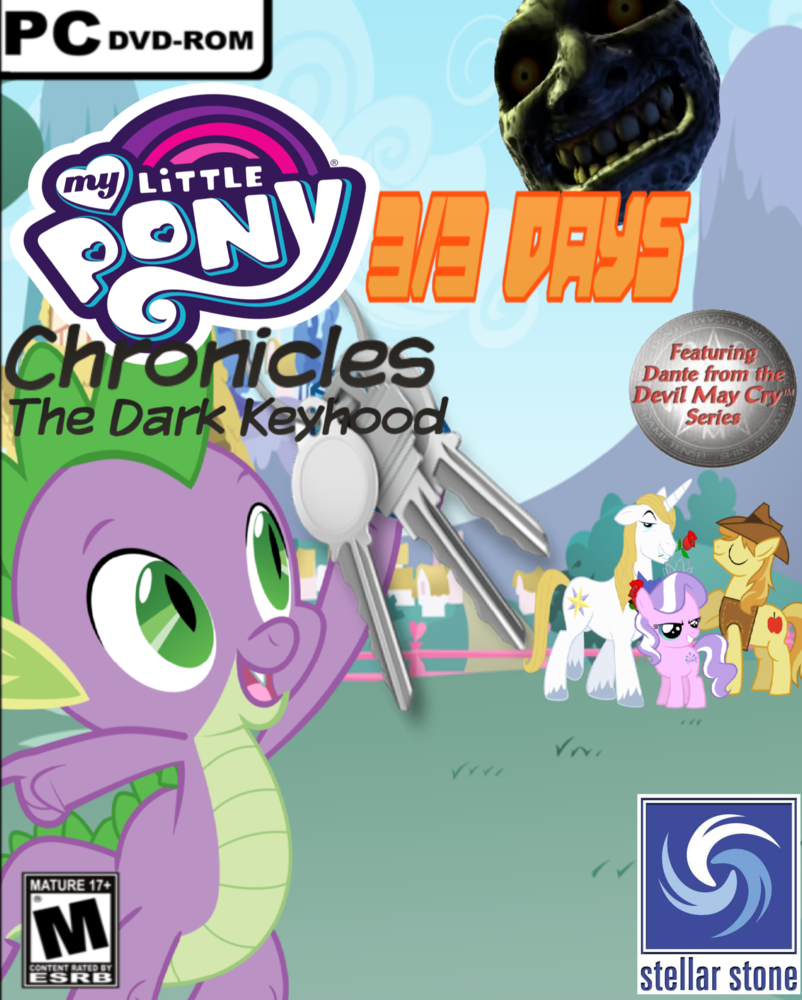 Yeah, there was a Gen 4 video game! I don't know how you missed it, but it's real. It was released on PC and Nintendo Switch on April 1 2022. The Switch version had a limited release of five minutes, where after the fact, every copy of the game blew up simultaneously.

The game was developed by Stellar Stone. Yes, the Stellar Stone that made Big Rigs: Over the Road Racing made this game. These guys have two masterpieces under their belt and really I'm looking forward to their next game. Hope they're around for years to come.

Firstly, the graphics are phenomenal. I swear, it's near realistic. You do need a rig from the year 2077 to run the game on medium settings at the very least, but it's totally worth the upgrade.

The game stars Spike the Dragon. Originally, Twilight was supposed to be the main character, but fans complained that her wings were too big, so the developers took her out of the game completely. She's nowhere to be seen, so I assume she's on vacation or something.

The game takes the form of a turn-based RPG. You move Spike and his pals through various locations from Equestria, fighting battles and piecing together information. Your aim is to interrogate as many ponies as possible, in order find information relating to your goals. But in order to interrogate a pony, you have to defeat them in a battle. Sort of reminds me of Dick Tracy on NES, another high quality game.

The fighting mechanics are very streamlined. You can only attack enemies and nothing else. There aren't any healing items in the game. The only way to heal your characters is to find a hospital and get Nurse Redheart to heal you. The only drawback is that you have to wait for about five hours before being seen and the bill is roughly about ten times more than what you have.

There is no fast travel in between locations. You have to walk through each location in real time. I love the realism here, since it just makes you feel like you're in the game. If you walk for eight continuous hours, you get a point. You can exchange points for items at the market. An apple costs 1000 points, so you do need to invest a little bit of time to get the right amount, but it's so satisfying. The best method of getting points would be going to the Appleloosa desert and walking around for about 11 months. 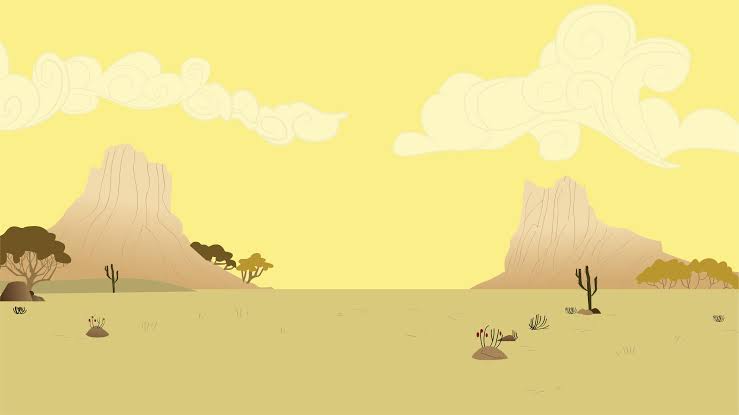 A significant part of the game are the gyms. Clearing a gym gets you one of eight gym badges and you need them all to complete the game. When you get to a gym, you need to work out as hard as possible. The last one is definitely the most difficult, since you have to bench press 2000 pounds. As a bonus, Spike gets buffer and buffer, which alone is worth the effort. I'd say that the gyms are definitely the toughest parts of the game, but I'm sure that some fans will disagree with me on that. 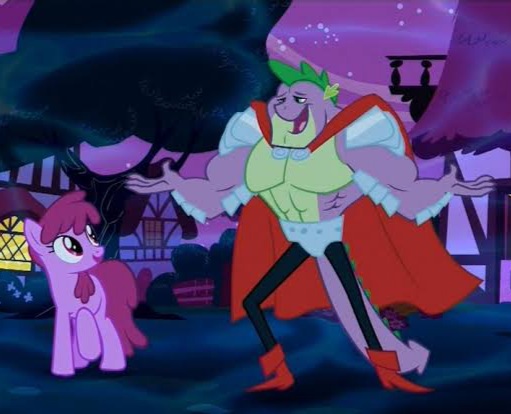 Dante from the Devil May Cry series does make a a brief cameo in this game, but it's actually the Dante from the DmC reboot. I applaud the developers for such a stunning subversion of expectations. Sure, it did give the game an M rating, but some sacrifices have to be made in order to please the fans.

The plot of the game is pretty basic and is told through cutscenes. Spike is sleeping at the castle and suddenly burps out a scroll from Princess Celestia at the middle of night. Celestia tells Spike that she lost the keys to her castle and only he can find them. Spike only has 78 hours to find Celestia's keys, otherwise the moon will crash into Equestria, destroying it. Spike goes to the Mane Five for help, but they're busy playing an intense card game and can't help for the next 78 hours. Luckily for Spike, Prince Blueblood is conveniently in town and decides to help Spike out of the kindness of his heart. An extremely accurate portrayal of his character.

Our two heroes catch a train and head for Appleloosa, because an anonymous pony tipped them off, informing them that Celestia's keys are possession of Braeburn for some reason. On the train ride, the dynamic duo have a deep conversion about the meaning of life and Blueblood reveals that he's Spike's father's brother's nephew's cousin's former roommate. Spike is taken aback and takes some time to compose himself. Clearly a defining moment for his character and some beautiful development. Spike convinces himself that he has to go on and the two meet Braeburn. Braeburn reveals that he never had the keys and in a major plot twist, it's revealed that Discord was the anonymous tipper and was messing with them. Why? I don't know. Braeburn confesses that he feels out of place in Appleloosa and wants to go back with Spike and Blueblood to help them on their quest and to start a new life.

The three head back to Ponyville, where Braeburn starts his life anew. He goes to school, graduates and gets a cozy house by the lake. He then starts a small company and forms a business deal with Filthy Rich, but not before learning that Filthy bought Celestia's keys from a black market in Manehattan. Filthy invites Braeburn on a cruise, which he accepts. Braeburn reveals his discovery to Spike and Blueblood, who are watching the Mane Five play cards, since they're too stingy to let them play. The trio then plan to sneak their way on to the cruise, but then come to the stunning realisation that they're completely broke and their clothes aren't posh enough to fit in. Suddenly Diamond Tiara steps in and gets them the most expensive items on the market. Her motives are revealed to be wanting to get back at her father, since he didn't get her a yacht for her last birthday. Truly some extremely relatable motives and something that I'm sure all of us can connect to. Diamond Tiara decides to join our gang of heroes, because all the shops are closed and she has nothing better to do on a Saturday evening.

The group gets on to the cruise ship and snoops around. While most of the gang look for Filthy Rich, Prince Blueblood checks out the buffet and gets food poisoning. Probably the doing of a fan, but luckily he survives after Nurse Redheart hijacks the ship and heals him. Spike sees Filthy Rich at the bathroom and tries to swipe the keys from his pocket, but Filthy catches him in the act and a fight ensues. Spike eventually reigns victorious and just when you think you've won, everything fades and suddenly Spike, Diamond Tiara and a passed out Prince Blueblood are on the surface of the moon.

Braeburn decends opposite Spike and reveals himself as the true mastermind behind everything. He was the one who stole Celestia's keys  The whole "coming back with you to start a new life" was a ruse. A way of getting close to Spike and his friends. Braeburn's tragic backstory is finally revealed, where we learn that he lost a bet to Applejack two weeks ago and out of revenge, he plans to destroy Ponyville. Quite possibly the most poetic and beautifully crafted betrayal in all of media. Anakin Skywalker from Star Wars? Lisa and Mark from The Room? Mere child's play compared to this. After beating Braeburn in the  final boss fight, his power levels are severed, transporting your entire party conveniently back to Canterlot. The gang meets princess Celestia and gives her the keys. She thanks Spike and gives him a badge of honour, before offering him to become Equestria's next Princess. Spike kindly declines, realising that the true prize was meeting his new friends. We, the players, then see the credits, where we see all the friends we made along the way. The game then ends on this beautiful screen. 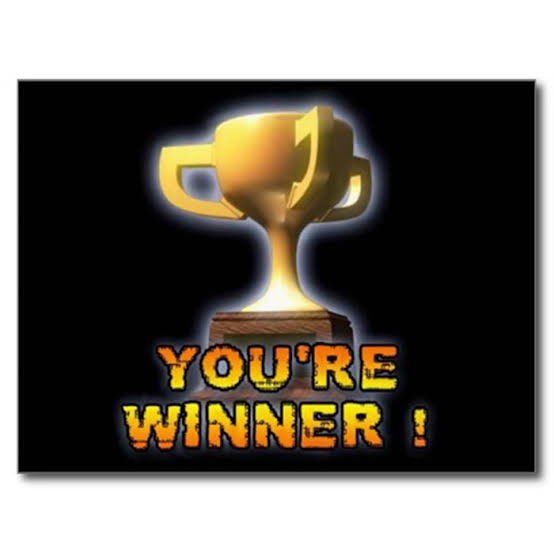 
Overall, this game is just so amazing. Gorgeous graphics, intuitive mechanics and a plot that would rival any story on Fimfiction. My favourite part of the game is when you meet Owlicious and he says "Who" about twenty times. It's hilarious and only true fans will understand how funny it is. My Little Pony Chronicles - The Dark Keyhood, 3/3 Days is a game worth buying.

Now why exactly was the moon going to crash?

Happy April. I originally wanted to get this out on the 1st, but I had some issues and then I decided to make a fake cover. Also had to re-upload, because the first one I put up had some errors. Anyways, there are a bunch of references here. Think you can find them all?