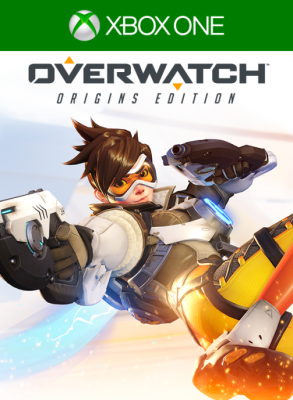 Overwatch has rapidly grown into the biggest multipalyer gaming sensation since the release of Team Fortress 2 way back in 2007, and it is from that game that Overwatch takes inspiration from, attempting to be the new multiplayer game that survives for many years to come. Blizzard comes into the genre swinging and hoping to make a lasting impression.

Overwatch is at its most basic, a multiplayer shooter, with 21 characters dubbed as 'heroes' to choose from, each residing within their own class, of which there are 4, Assault, Defense, Tank and Support. Every character has their own fine tuned personality, distinct look and play style. This right here is immediately the game's first positive. The character variety here is immense, better than pretty much any other game of this genre. With such a wide range of heroes and play styles, you will most likely have more than one favorite and you can freely switch between them within respawns or in your starting point. Whether you want to be out on the front lines fighting or staying back and healing, this game offers those choices in a way that is above its competition. 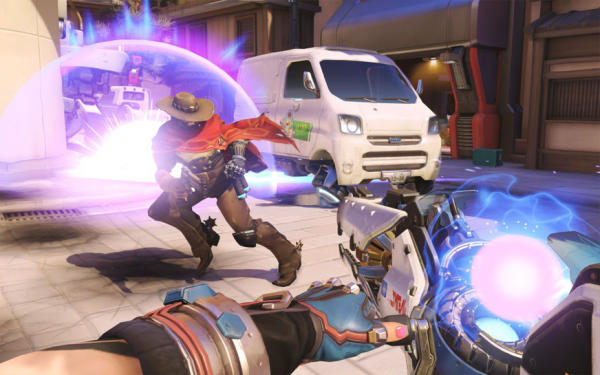 In terms of control, the game also excels handily. This could very well be one of the best controlling mutliplayer FPS games that I have played on a console. Each character has their own movement, but each one is very defined and getting used to how they move is simple. The aiming is something that I felt was very fluid, never did I have a problem finding my target. The game is simply a breeze in terms of control on both console and PC.

Continuing the positives, we have the visuals. This game is bright and vibrant, even moreso than its inspiration, Team Fortress 2. The game is loaded with color and style, each map and character have their own very distinct look and it all leaves a clear mental image that sticks with you. On top of just looking great, each map is also loaded with little bits that bring the world to life. It tells parts of the story that we may not be fully aware of yet. 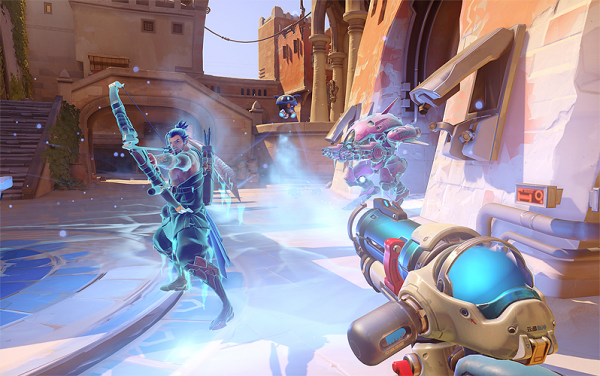 Now, that brings me to the first negative: The story. Not the story itself, but how it is presented. Overwatch actually has a deeply crafted lore and world, Blizzard has done a fantastic job in that aspect. The problem? Well, you just wouldn't know that in the game itself. Except for the amazing intro video, the game has little to no real info on the story itself and how everything in this world came to be as it is. There are plenty of places to view this stuff online, which of course works, but being able to read all about the lore within the game itself would be a wonderful addition. Far too many games now are relying on external sources for gamers to locate the story. 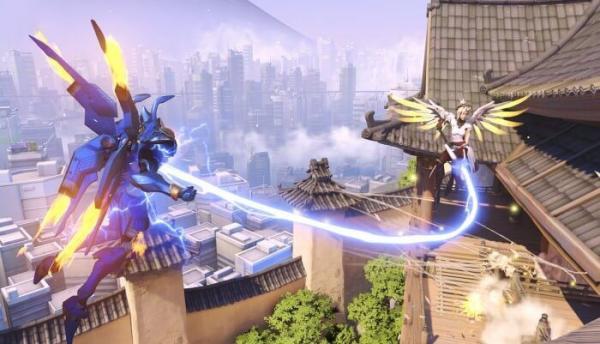 Another slight blunder, is the balance. For the most part, Overwatch far outmatches its competition in terms of balancing, delivering fun gameplay that is mostly fair. However, some heroes as of the time of this writing, are either heavily outmatched by the other heroes or they simply destroy in comparison. There have been several patches since the game released and it has improved the balance for sure, but some heroes still don't click completely well. The larger problem is within the maps and modes. Again, Overwatch mostly succeeds in this area as well, but the trouble is within the A & B point capture mode, where a team attacks two points, first A then B, while the other team defends. This mode is by far the weakest in the game, with maps that feel very oddly designed compared to the other modes in the game. This mode seems to rely a lot on chokepoints and the defending team has the advantage right out of the gate. This means that the attacking team may just be throwing themselves against a wall the entire time, unable to proceed due to the map preventing them from getting any advantage. While strict coordination can overcome this, it is not always available for many and the other modes do not require this, so this mode for me mostly falls flat. The other modes are near perfection in their execution though.

One last thing, the game matchmakes like a breeze with quick joining times and little to no lag whatsoever. This is also one of the best performing games I have played online. The DLC is promised to be free as well, with a new hero already added to the game. 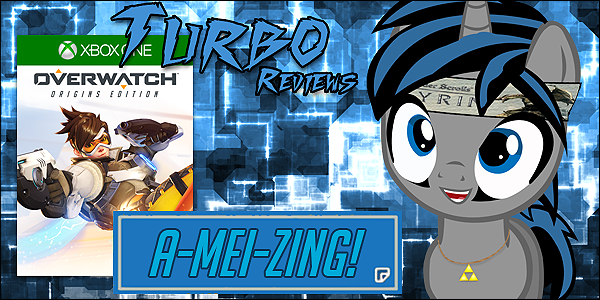 Overwatch is very impressive and it was a total surprise for me. While it has some balance flaws and weird design decisions at times, the game excels beyond its competition with a fantastic array of characters, beautiful graphics with vibrant color and near infinite replayability thanks to its gameplay and leveling system. The lack of coherent information on its deep lore is a bummer but maybe one day they can add it into the proper game. Until then, we still have a fantastic multiplayer experience that will keep you coming back over and over again. In terms of a multiplayer shooter, it doesn't get much better than this. With the promise of free updates and free DLC, it makes other multiplayer shooters like Call of Duty seem absolutely ancient by comparison.

+Level system that is infinite

-Lack of info on the story and the lore

-Some balance issues with some heroes and maps

-A & B point capture mode is a dud