This was my final concept sketch: 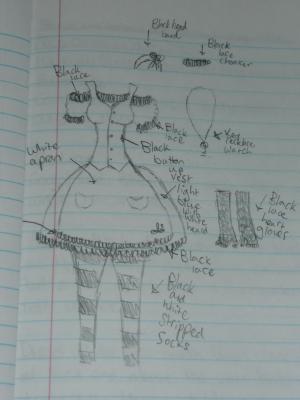 and this ws my first concept sketch: 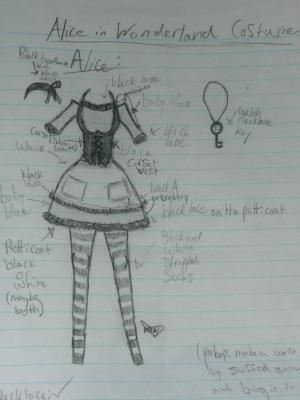 Next wehave a closer look at the fabric used on the costume, if you look carefully you can see small white hearts on the light blue fabric: 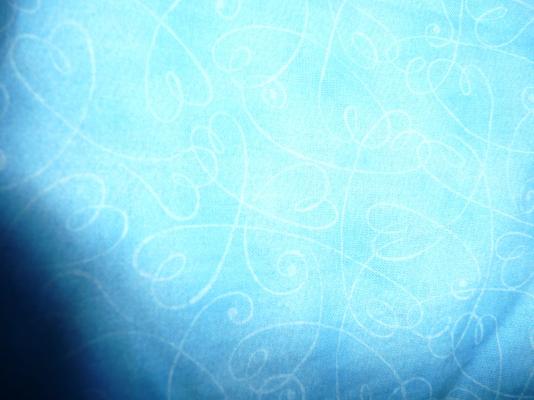 Now we have a closer look at the accesories used in this costume: 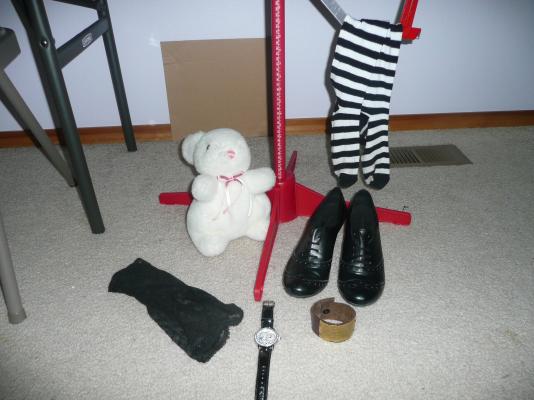 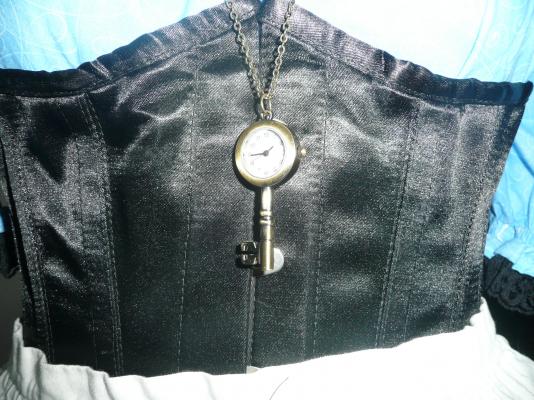 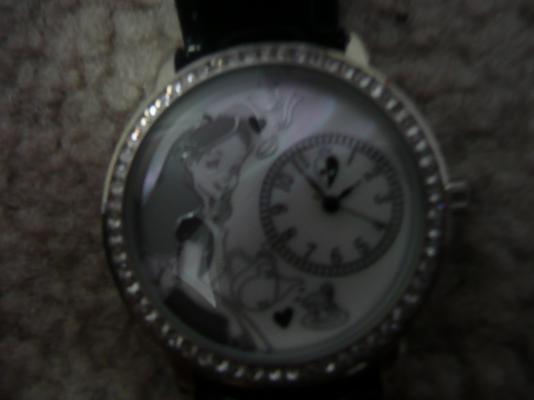 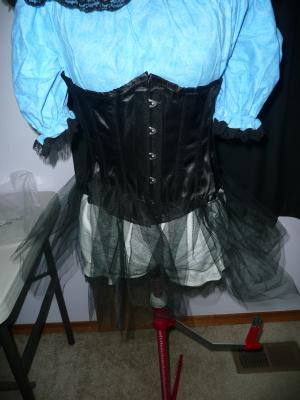 Here we have a photo of the full completed costume, before you say anything, this costume looks horrible on my dress form because the costume is fitted to me and even though I bought the smallest dress form I could find, it was still at least a inch bigger everywhere than my measurements: 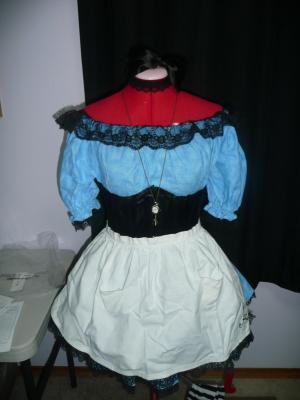 Here is a closer look at the "A" on the apron: 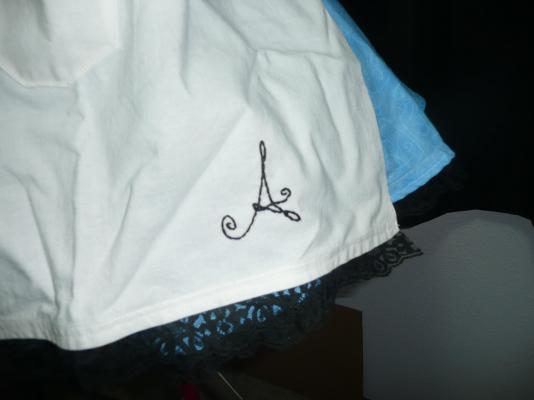 And finaly we have the costume without the apron on: 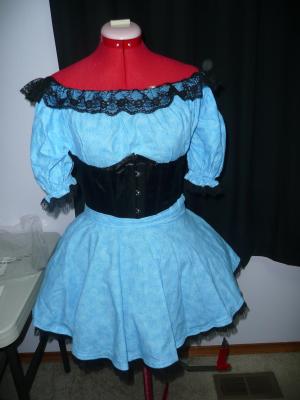 Now, this is word for word my summary of the costume:

This costume is conposed of several different parts, including a black underbust corset, a light blue with white hearts shirt and skirt, white and black undergarmets, a black petticoat, and a white apron.

The costume I chose is for the character Alice from Through the Looking Glass. The story of through the Looking Glass takes place i tht 1860's, so the dress is styled in such a way that it looks like its from that time period, only shorter. The dress has a large overdramatic skirt, very puffy short sleeves, and has a low swoop neckline. The petticoats (usually multiple) are used to make the skirt puff out more, the petticoats used in this costume consist of layers and layers of tulle. I added black and white striped stockings, a white apron, and some minor accessories.

This costume started off with several complicated concept sketches, as you can tell, the dress has changed from the original concept design. I have added stuff to some of the cosutme, some things I already owned.The stripped socks, the key watch necklace, the black hair bow, the cuff that says "sometimes I believe ten impossible things before breakfast", the Alice in Wonderland watch, the black shoes, the black underbust corset, the black lace choaker, and the black gloves. I owned the apron, but I changed that, I took off the original pockets and added small round ones, I added black lace to the botto of the apron, and I embrodered a black "A" in the left bottom corner. Now, to the costume. I made the rest of the costume by myself, and I have to say, tulle is a pain in the butt to sew.

The overall cost for material for this costume was $47.40, which is really good considering costumes at Halloween stores's are more expensive than this costume and fall apart alot easier. Overall it took me about two or three months to completethis costume from concept to product.

I hope everypony enjoys the costume!