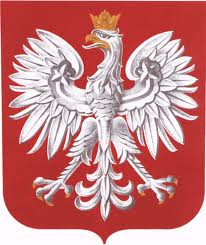 I live in this small high roman catholic town in Poland where literally everyone is a damn Catholic ( I have NOTHING against the religion, these people are just so damn extreme)

I get bullied, called a heathen, made fun of for liking MLP, for music I listen to I get called a "Devil's Song Worshipper", ostracized and absolutely I'm hated for being a gay MLP metalhead.

I was threatened to be beat up if I kept playing a song on my own cars stereo (Madoka Magica and 99 problems mashup) which was just amazing too me, I never get this crap when I travel to the closest major city (Kraków).

I've also had my house spray tagged "Horse Faggot" one time, which I kept hohoho.

I am constantly threatened and some small corner stores won't sell me shit.

I want to leave this freakin' town so badly but I cannot afford it.

I can live with this but holy crap, I am hated so much that I was last place in a talent contest JUST for doing a MLP song on piano and singing it.

I've had people over Steam and Skype offer to buy me into another country and although I can, the police here turn a blind eye to what people do to me so I am thinking about going to Kraków and asking the people there who give a damn about other life to help me.

Polish towns suck so damn much, my town has less than 10,000 people but everyone I've met knows me even if I do not know them, and they hate me.

It's 5:30 am right now and I see people across the street watching my house still.

There is a rumor I am working with satanists to over throw the church here.

It's gotten to the point where I go to the Jehovah's witness church to seek refuge even though I do not believe in their religion.

At least they're not total asses.

Moral of the story I hate Poland.

Drink Pepsi and never come here, go to Germany instead.

AndrewB0710: sound like you live in a warhammer 40k game, purge the heretic! cleanse the unclean!

๖ۣۜColgate™: Don't make me laugh like that again holy crap it's so true