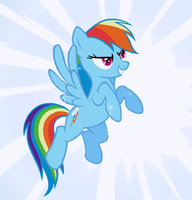 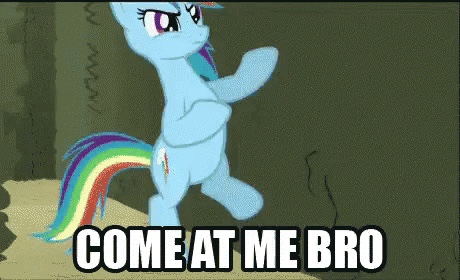 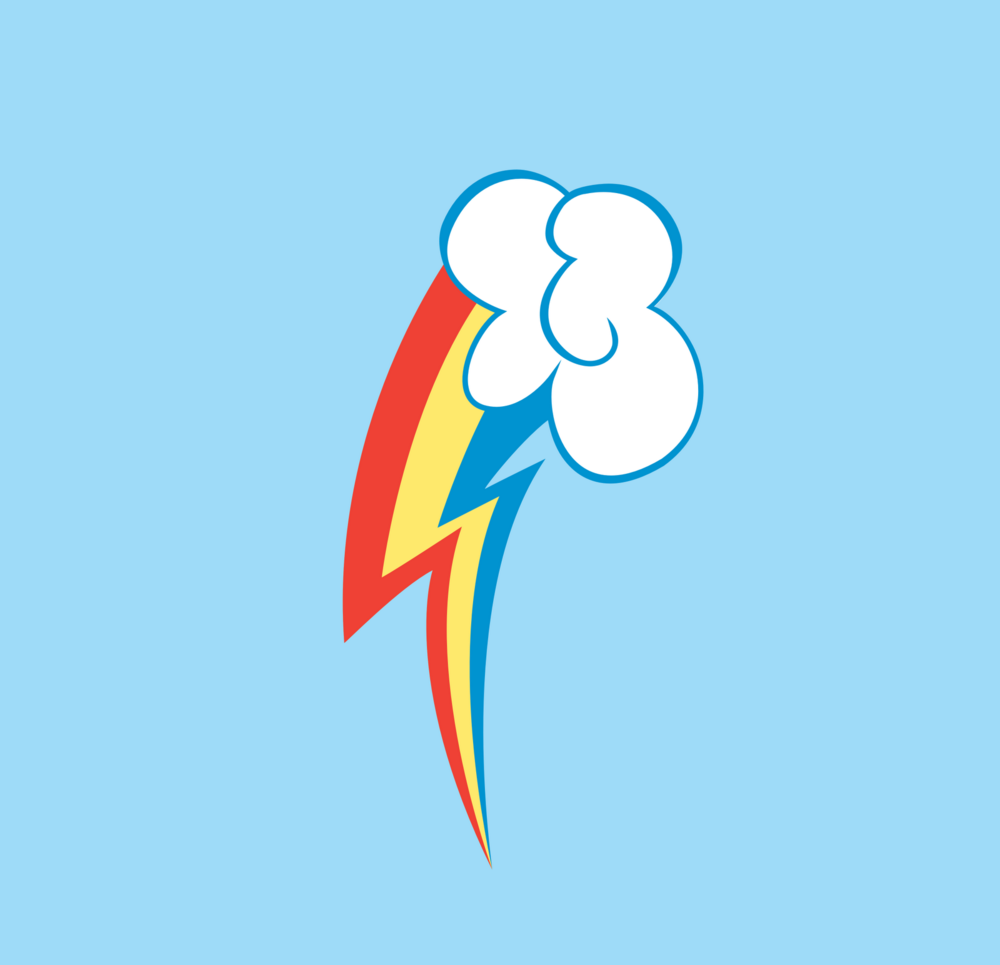 When she was young at school, people called her ‘rainbow crash’ because she was clumsy. The colts who name-called her, did the same to fluttershy and rainbow challenged them to a race. She won and created a sonic rainboom. The sonic rainboom earned rainbow dash her cutie mark for flying, and also earned the other mane 5 their cutie marks.

Blue coat, rainbow mane and tail, magenta eyes, and a cloud with a rainbow lighting bolt coming down from it as a cutie mark.