Want to see just a quick summary? Check out the Final Verdict for that and my rating!

Platform: SNES, Arcade(Not in this review)

*This is a review for Killer Instinct on the Super Nintendo, not the arcade version or the new Xbox One reboot 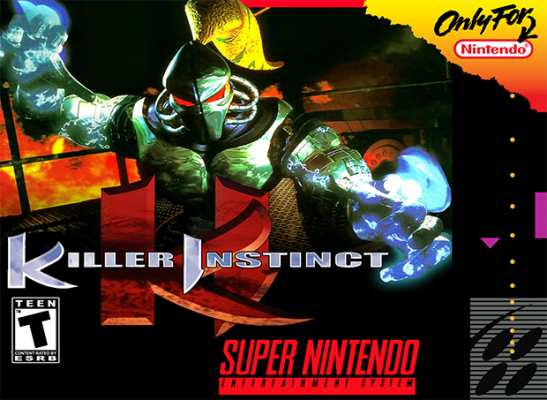 Killer Instinct is another wonderful game from my childhood. With the new Killer Instinct reboot on the Xbox One and season 2 for that game on the way, I feel it is necessary to go down memory lane with the Super Nintendo version of the original Killer Instinct.

Killer Instinct is a 2D fighter that takes inspiration from the more popular fighting games of the time, Mortal Kombat and Street Fighter. The gameplay is a bit stiff like MK and the graphical style is like MK's, though sprites and pre-rendered backgrounds are used here. The fighting moves themselves are more like a Street Fighter game. You have the basic move motions and even Jago, the obligatory Ninja, is very inspired by Ryu/Ken. The game uses a light/medium/heavy attack system and there are no throws in this one. Blocking is done by holding back. While these work fine, the thing that makes this game unique and fun though, is the combo system. 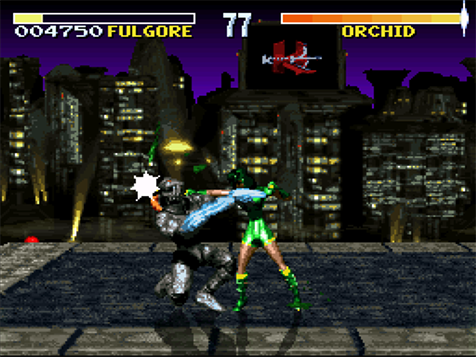 "Whoa! Look at those graphics! I'd like to get my hands on that game!"

The combo system is like using a special move, but chaining them together. So with Jago for instance, you can do a wind kick, which will then give you the opportunity to chain more moves after the wind kick is done. This allows you to pummel your opponent with very satisfying combos that really separate KI from other fighters at the time. Combos can also be broken by the one on the receiving end if they input a certain command at the right time. Learning each character and seeing their combos makes the game incredibly replayable, even with the lack of modes. Another huge thing about this game are the match finishers, which are the Fatality-like Ultimates and the ever so popular Ultra Combos. The Ultra's are one of the most satisfying parts of the game and each character has a different one. This was easily one of the most satisfying ways to defeat your opponent in any game at the time.

As I just said, the game does lack in modes. You get a standard arcade mode, vs mode for multiplayer battles, a tournament mode and a practice mode. These are pretty much standard and they all work very well, though maybe one or two new modes would have been nice too. These probably would not have fit on the SNES cart so it isn't a huge deal. 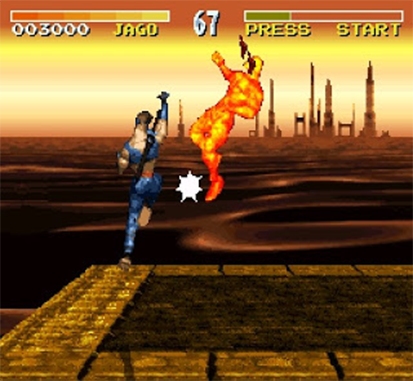 The graphics for the time are absolutely superb for the SNES. The 3D rendering of the stages and sprites looks great for a 16-bit system and in my opinion it looks better than any other fighter on the system and other than some very minor slowdown that can happen, the game runs smoothly as well. This is definitely a good technical showcase for the Super Nintendo. They may not look as good as the very technically impressive Arcade version, but for the system it is on, Rare did a fantastic job.

Another great aspect about this version is the difficulty balance. In the options menu, you can select from 5 stars of difficulty. The higher the star number, the harder the game. This definitely sets the game apart from the arcade version as here the game feels far more balanced and player friendly, whereas the arcade version features insanely cheesy difficulty and cheating AI in order to drain you of quarters. This home port does not suffer from this and it makes the game a lot more enjoyable. Many think that this game was a butchered port from its arcade counterpart, yet this is the version I always enjoy more.

One last thing, the characters here are quite varied and play differently. Each one is pretty much an early 90's dream. We have the obligatory Ninja, an icy T-1000-like alien, a boxer, a friggin Raptor, and more. A lot of the cast feels like stereotypes, but they work fine given the time. 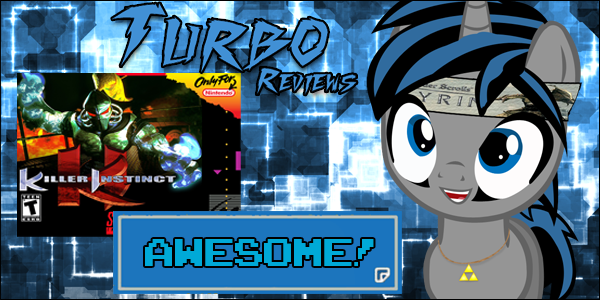 Killer Instinct on the Super Nintendo is one of the best fighters for the 16 bit era and it came quite late in that era, but it still holds up today. While it may not have the technical showcasing that the arcade version did or a ton of modes, it does offer player friendly balancing, great 16-bit graphics, a fun fighting engine thanks to the awesome combo system and great sound to go with it. If you want a fun blast to the past, go with this game, it certainly is more fun than arcade version, in my opinion. It may not be a tournament fighter by any means, but it sure is fun.

+Excellent graphics for the 16-bit SNES

+A very fun fighting system thanks to the combo system

+A good selection of clichè but unique characters

+SNES version is far more balanced to be player friendly

-Fighting system is pretty barebones if the combos aren't used

Thank you for reading this week's Turbo Review! Been reviewing quite a few Awesome games lately. Sharing good games is, well, good.