So my wife and I will go dumpster diving from time to time. We live in an area where the houses are separated by alleys and everypony throws there trash into huge dumpsters (or as we call them; binders.) It's amazing the things that people can find and I may post more exciting finds down the line, but I found something unbelievable today!

I was taking out our trash and my Binder Sense (yes, that's a thing at least it is now) started tingling... I walked to the binder nearest ours and sure enough... it was worth the Trip! A crate of 185 comic books! Are your serious? Who throws that out? Even if you're evicting a renter and don't want them I'd think you'd see if you could sell them first... Oh well, my lucky day! Mostly DC comics.

Here's the crate and it's contents spread out... below will be details of each series in alphabetical order 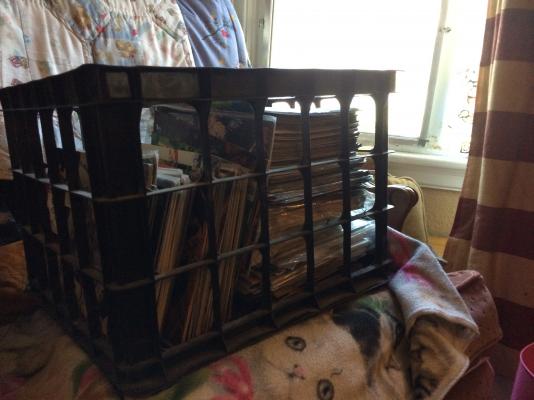 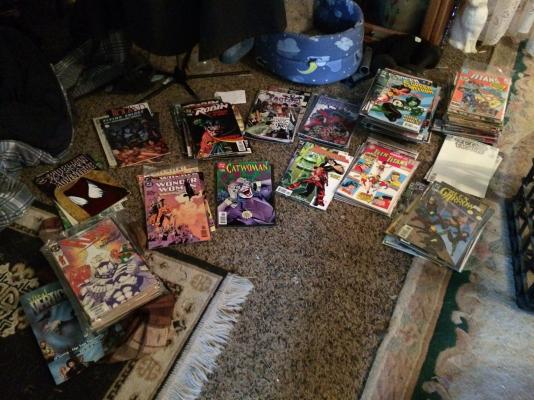 Seems fitting that the only Marvel Comics in the lot were Spidey, seeing as my Binder Sense is a take off of his Spidey Sense. I got Spider-Man 2099 meets Spider-Man,Spider-Man Final Adventure #1, and one more... Oh and yes, I cheated and used Amazing Spider-Man to get him (and the bad pun first) 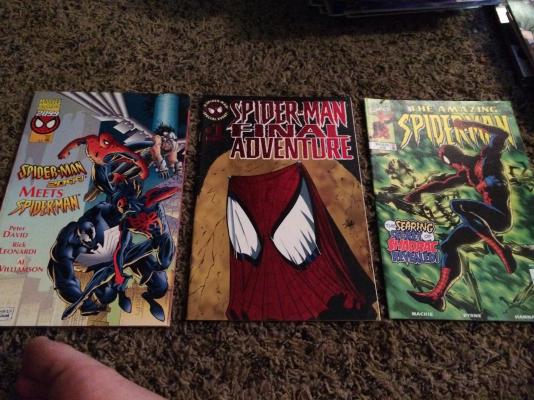 Can't say as I'm too familiar with this DC title, but I got issues 3&4 of a 4 part premiere so I get to see the last half of the proverbial movie 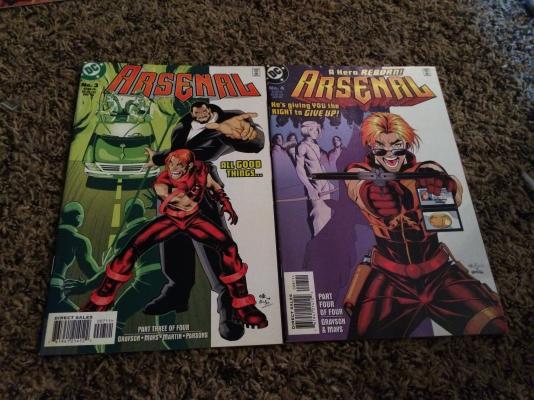 I honesty thought about adding this to the Misc. section at the end; but the cover was too awesome not to get it's own pic! 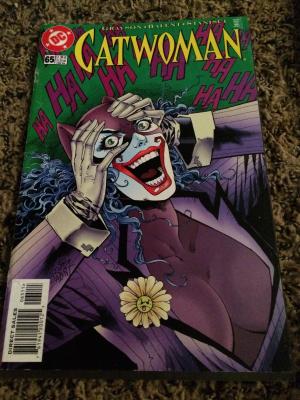 Another one I can't say I'm familiar with, but after reading issue 1 and issues 6-8 of this title from Triumphant Comics, I should have a good idea

Not familiar with this About Comics title either, but now have a good start with issues 0-3 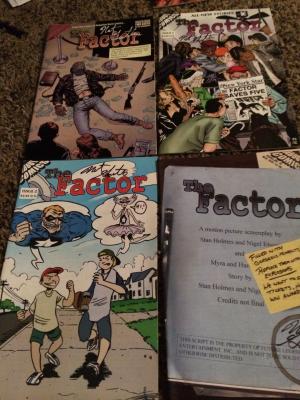 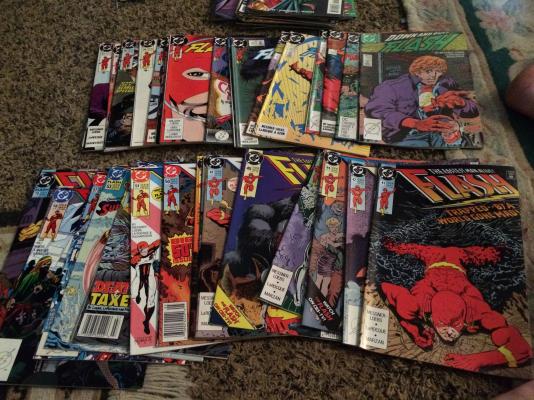 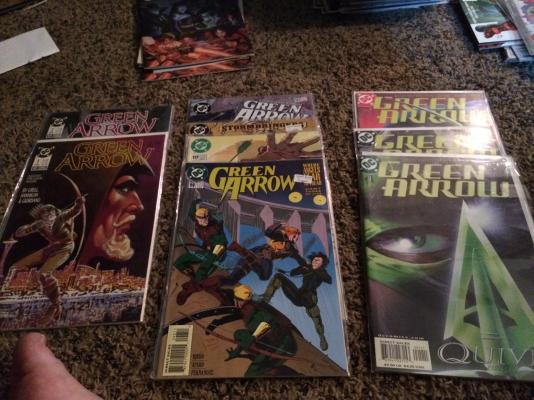 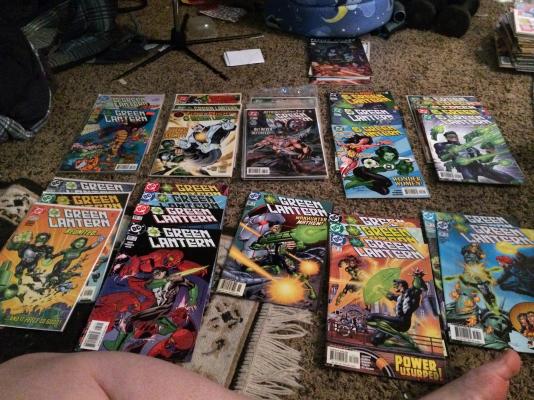 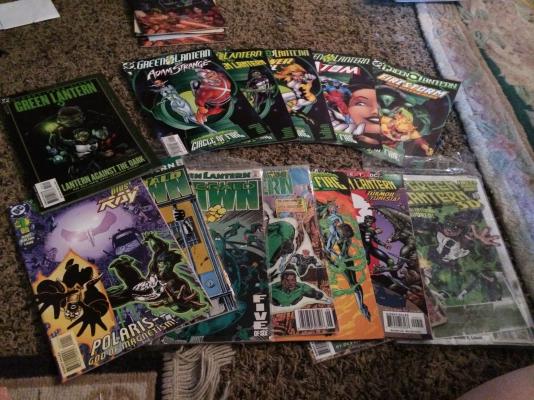 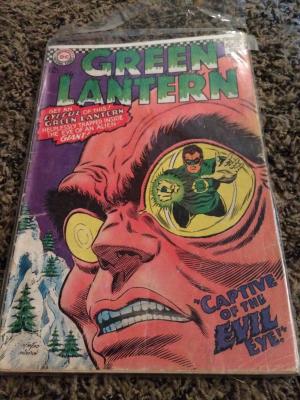 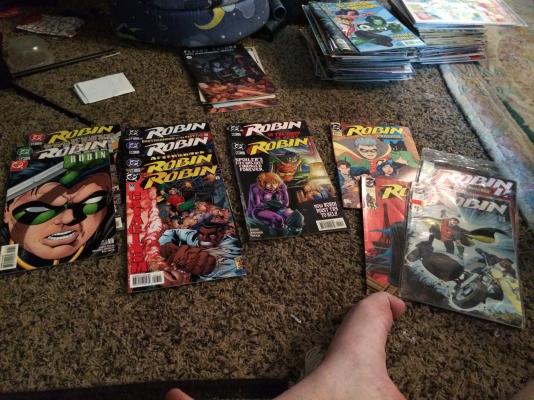 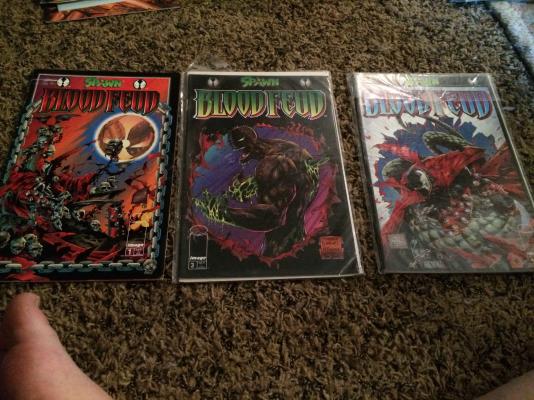 With 4 different Titans Titles to choose from I had to split them somewhere, these are the adult ones, all from the early to mid 90's 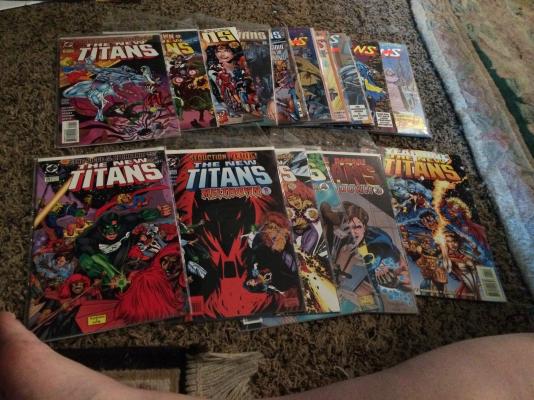 The teenage ones; one from 1998, 23 from the mid 80's, and a collection of reprints from even earlier (note the 2 in the second pic are only separate because I accidentally mixed them in with the adult one so they weren't in the first pic) 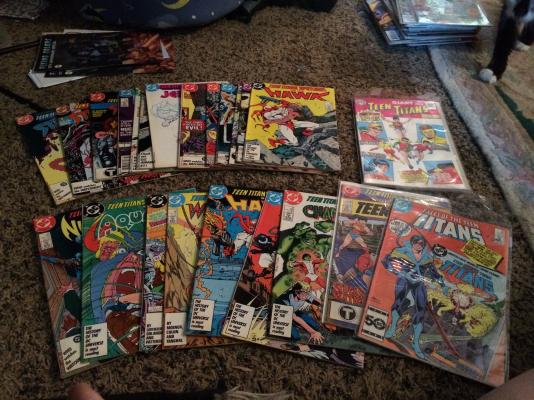 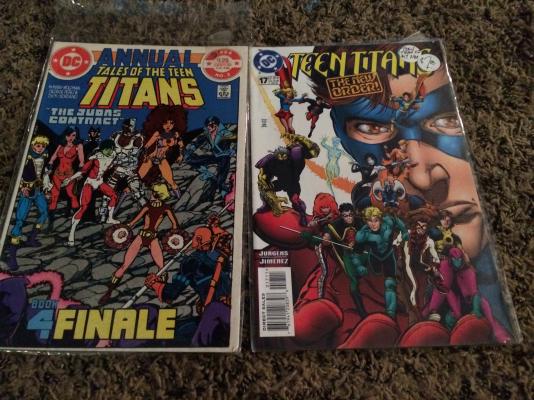 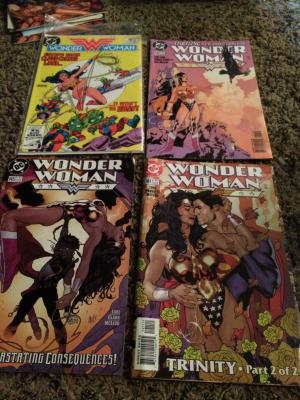 The first 5 issues (including issue 0) of an interesting looking DC Title feature many well known characters; Full title is The End of Today, Zero Hour, Crisis in Time (sounds promising!) 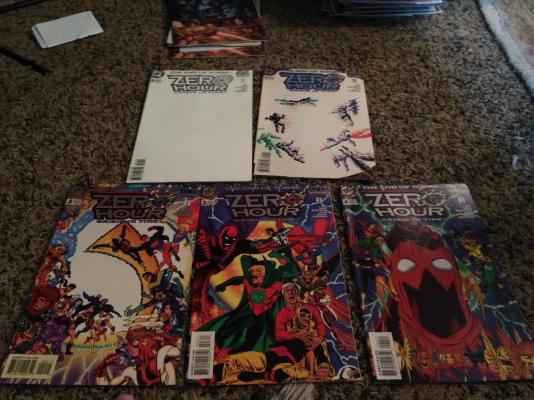 The quotation marks are because two of these are the same

The 10th Anniversary Issue of Flying Colors, also an AVP title (#1 0f 6 of the Darkhorse Classics reprint), a prelude for Gunner #1, and mini books for Roland; Days of Wrath, and The Amazin Adventures of Frank and Jolly. 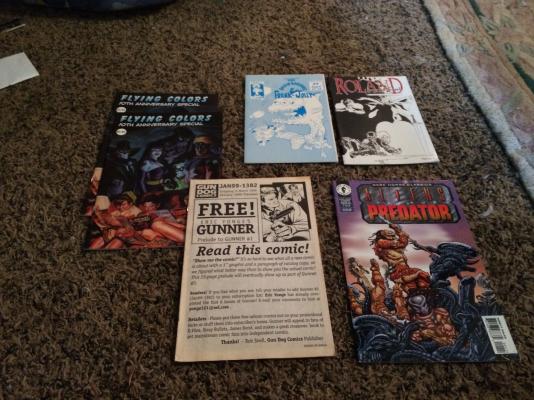 Let me know what y'all think of my haul. Not bad for pulling out of the trash, huh?