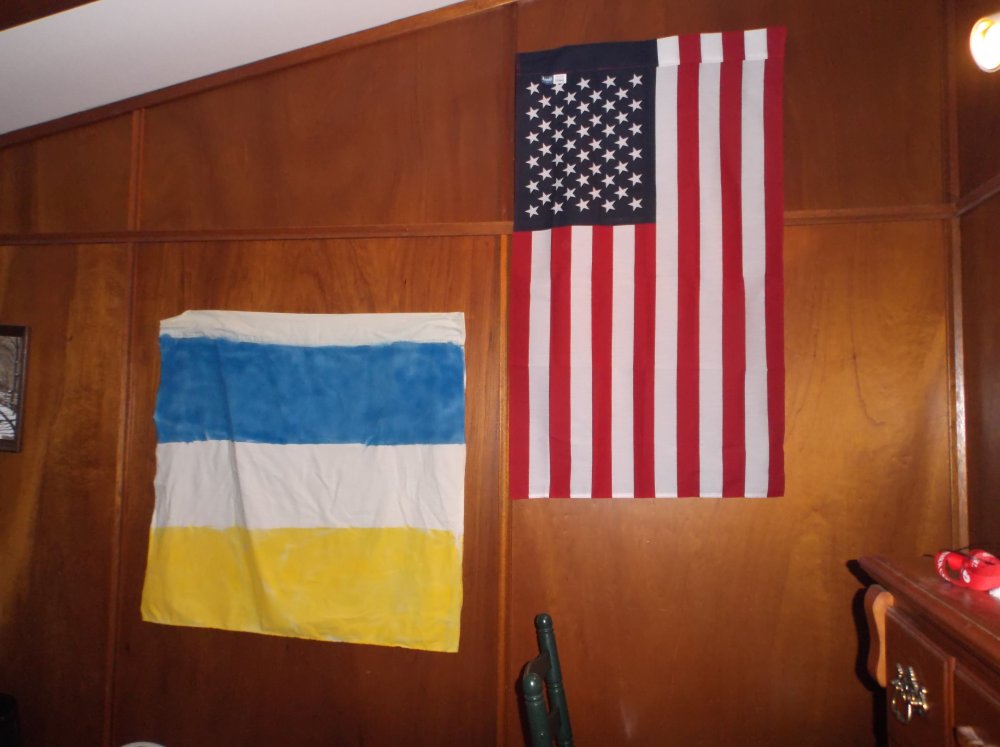 I'm making my own custom flag with a large cloth its,

And it's setup like the French flag, 3 colors going to the right.