With E3 being about a month away, lets take a trip down memory lane, as E3 has always been a huge even for gamers, as their always prone to both great and just utterly awful moments for gaming industry giants. But for the sake of this blog, lets just get the bad stuff out of the way

The actual conference wasn't actually that bad in terms of game announcements. But then I remember that Mr Caffeine was there

For a showing that was set to reveal two new platforms(Wii U and Vita) you'd expect this one to be great, but surprisingly and unfortunately, it was very lacking. On top of Microsoft still being Kinect heavy and EA being EA, it's really sad when freaking Ubisoft had the best E3 showing that year with the reveal of Watch Dogs(which unfortunately didn't turn out the way people hoped)

Why was this conference so awful? One word: Kinect. Microsoft's E3 2010 conference was the first and most infamous of many Kinect heavy E3 conferences. No one was interested in the Kinect, and none of the games they were showing were doing them any favors. Topped with bad actors, grown men asking the Kinect to put up Justin Beiber, and one of the most embarrassing showcases of Star Wars within recent memory, it'd be a while before Microsoft would be able to have another good conference. Many legendary memes were born from this trainwreck. Giant Enemy Crab, riiiiiidge racer! Five Hundred Ninety Nine US Dollars. The list goes on. Not only a weak showcasing of games, but the PS3's price point revealed is what hurt this conference as well as the PS3's launch, which delivered an awful blow to Sony's finances(who were already selling the PS3 at a loss), It wasn't until a $300 price cut 2 years later that the PS3's sales would finally improve 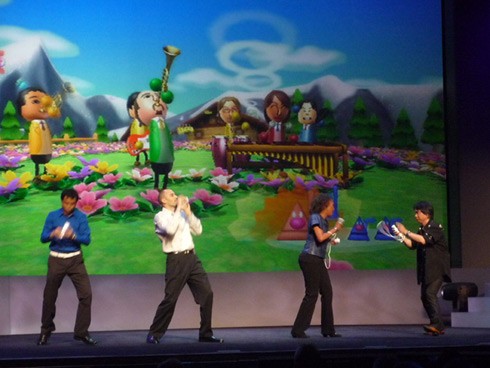 Unfortunately Stong shows 2 years prior wasn't able to stop Nintendo from dropping this turd of a conference. 2008 was a dark year for Nintendo fans, which is inexcusable when earlier that year they release Super Smash Bros Brawl. But they couldn't keep that momentum going, as for this conference they went full-on casual, nearly every game spotlighted were mostly minigame collections, tons of peripherals, Cammie Dunaway and boring stuff like sales numbers. And to top it all off, they ended the show with Wii Music...let that sink in. The conference did a huge number to Nintendo's and the Wii's rep among the press, gamers, and fans alike

It was such a disaster that Nintendo would hold an October conference later that year, formally apologize for the E3 conference, and then announce games that would've definitely been welcome then, such as a new Punch-Out(which is awesome btw), a new Sin and Punishment, Madworld, Fire Emblem Shadow Dragon and etc.

It was a tough call between this one and Nintendo 2008, but in light of recent events, I feel like giving it to Konami out of spite. Then I decided to watch it again and just though "wow...no wonder they're in such an awful state". Seriously, just watch, this video speaks for itself