Ah Nintendo. Anyone who has followed my blogs knows that Nintendo is

my console of choice - followed by the Playstation. I've been playing

ones). It is a company I've loved for over two decades of my life (aging

me right now. God that is depressing).

Though I am an avid fan, I won't deny the shortcomings of the systems

they have released. The Wii, while having a crap ton of awesome smaller

games (Deadly Creatures, Oopona, Red Steele 2), was lacking in the

proved that if developers cared enough, they could have games looking

as sexy as Mario Galaxy.

That is not the point of this discussion. The point is this recent

fad of people who not only WANT Nintendo to fail, but they also want

the masses. I understand how people thought the Wii was a threat - by

introducing "The public" into the gamers' "Exclusive High End Clubs"

which could lead to more people playing more games... 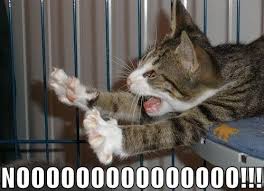 And their "worries" were "valid" because devs were starting to "dumb

down" their non-Nintendo AAA games so that Grandma can play them. 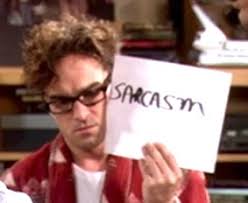 games regardless of the genre or the cost behind making said games. And

to be honest, a lot of those cheesy games were pretty fun, but ever

since the Wii, people have suddenly gone from disliking Nintendo as part

actually be entertaining - to absolutely Loathing the company to the

losses, taking time to compare them to other companies and come up with

all this nonsensical b.s. about being doomed.

However, attacking a company is no real big deal these days as every

PC fans, Apple fans will trash Bananana fans and so on. It's common.

What's uncommon, at least for me, is this sweeping LOATHING that the

company has been getting. It has gone past the point to where its fan vs

fan. It's almost as if the Nintendo was a thug criminal who murdered a

bunch of people and now the news media is finding every, single, tiny,

little, detail about Nintendo to report about.

The general wave of negativity that has surrounded their latest

system - that is not without faults mind you - is borderline obscene. It

silver as a present, the media will scream:

Nintendo Offers Silver to its buyers: People demand to know why it's not Gold. Nintendo too cheap to offer Gold to people!

I mean really (and no this is not an article letting people know the Wii U is a new system. It's placing blame on the Wii)

But again, besides this media frenzy on all things negative, we are

the Wii U. When the Rayman Legends issue was announced, I've actually

the Wii U owners. I've seen people accuse the upset fans - rightfully so

crybabies" and how "They deserve" to have their game pushed back.

Deserve? Cry babies? Really? It is a crime now to get a game you've been waiting a year for during the original release date?

Furthermore, the biggest question of them all is why would anyone WANT

something to fail? What is the purpose of it? To see it burn, to laugh

at the fans who enjoyed it, to see the employees out of work so you can

stand on a box and scream "HA! THAT'S WHAT YOU GET FOR LIKING SOMETHING I

Again, it's obscene. People's loathing has grown to disgusting levels.

It does not matter how good the game is, or how fun it is, because the

specs of a system are not "up to standard" it deserves to fail?

Now this is not a love-letter to Nintendo. I would write the same

article of I saw this psychotic hatred on Sony or Xbox. It's just that

Ninty is the one being targeted right now.

It saddens me that we've gone from playfully bashing each other To this foul sadistic joy of today's "players" HA! YOUR CONSOLE SUCKS! LET ME RUB IT IN YOUR FACE! HOW DARE YOU ENJOY ANYTHING THAT I DO NOT!

So I ask you, comment below if you please, do you feel that the media

and the fans prefer negativity and hatred over actual console enjoyment

- across all platforms, not just Nintendo.

Say your peace in the comments. I read all of them