Why the animation style in gen 4 is so popular 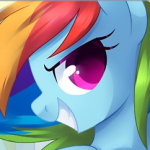 By spaghet,
September 23, 2018 in Sugarcube Corner