critique wanted Everything (else) I drew for October 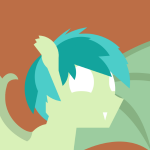