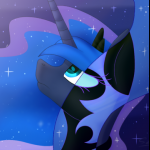 By CosmicHooves,
April 21, 2014 in Sugarcube Corner