Gaming Favourite game(s) for each year? 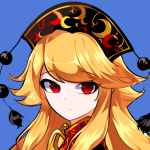 By Jackleberry,
January 24, 2014 in Media Discussion