Is it possible that Equestria has another language 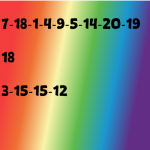