Embarrassing occasions of any kind? 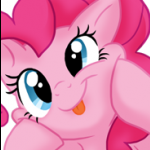 By Pinkazoid,
October 26, 2011 in General Discussion