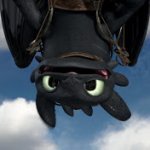 By eventyraren,
February 16 in My Little Pony IDW Comic