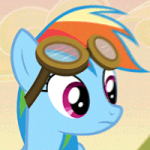 A badge will be giving out for participation!
Recommended by TBD